SAITAMA, JAPAN, October 1, 2015 — KDDI R&D Laboratories, Inc. announced today that it has successfully performed ultra-high-speed data transmission with a capacity of 2 petabits per second (Pbps)*1 over a single optical fiber in a field test. This is equivalent to transmitting the content of 10,000 Blu-ray discs (calculated at 25 gigabytes (GB) per disc) in one second, or to about 15,000 hours of 4K video (calculated at 16GB per hour).

In the future, with the implementation of 5G mobile communications and the explosive spread of IoT, as well as the increasing prevalence of 4K, 8K and other ultra-high-definition video formats, demand for high-capacity data communication is expected to far outpace current capacity. Given this, the challenge is to increase transmission performance over fiber optic networks so that customers can safely and comfortably enjoy data communications services.

This transmission capacity is approximately 200 times*4 that of commercially available fiber optic systems.

One part of this development is the result of research performed by the National Institute of Information and Communications Technology (NICT), specifically, the advanced telecommunications and broadcast R&D known as “i-FREE2” (2013-2018).

Figure 1: Image of optical fiber and technology used in the field trial 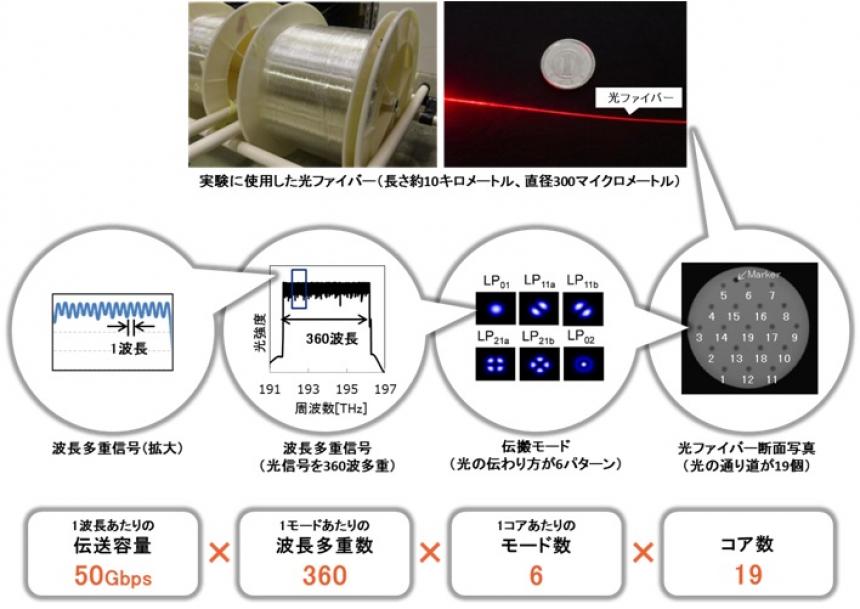 Figure 2 : Comparison of transmission capacity, previously and from this trial 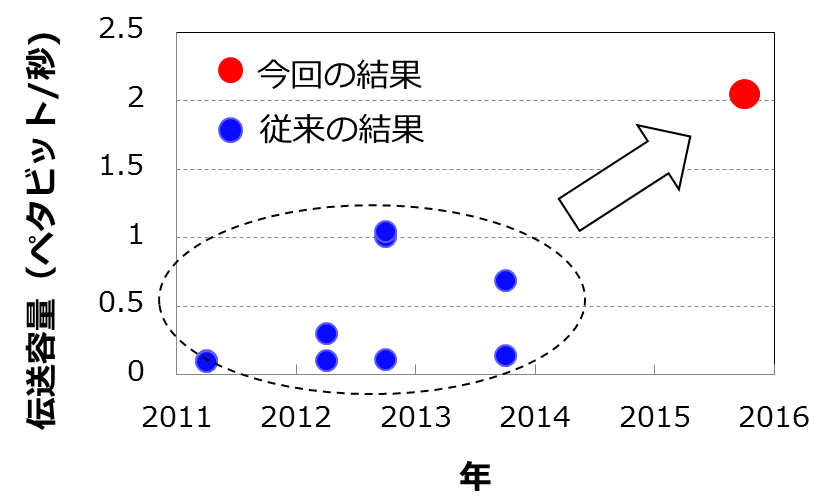 *3: Based on an announcement made at “Frontiers in Optics/Laser Science (FiO/LS) 2012,” according to KDDI R&D Laboratories’ own research. As of October 1, 2015.