An AAS is a base station antenna that has radio equipment built in to it. This boosts the communication coverage area, reduces power consumption and overall size and has lower construction costs compared to existing non-integrated antennas. Some of the advantages of AAS are expected to be even greater in higher frequencies such as the 3.5 GHz band. The AAS will be incorporated into 4th generation mobile communication systems or beyond.

KDDI R&D Laboratories Inc. began developing an AAS that is as small as existing antennas in March 2012 and released their Agile Beam Control Technology, which can be controlled through the AISG(*3) interface, in March 2013. Four patent applications related to the AAS have already been filed. KDDI has been supporting the 3GPP, which is a standardization project of LTE, by submitting numerous contributions related to AAS.

KDDI and KDDI R&D Laboratories Inc. started field testing of the AAS in Tochigi city in Tochigi prefecture. In the field test, it is used as a macro antenna in an environment consisting of a small cell base station inside a macro area. The field testing results showed that the download speed in the small cell area increased 1.6-fold by reducing interference from macro cell to the small cell compared to the existing antenna system. The test also confirmed that power consumption can be reduced 50%.

KDDI and KDDI R&D Laboratories Inc. will continue with their research and development activities aimed at the creation of new technologies that will provide a better communication environment for the next generation communication system. 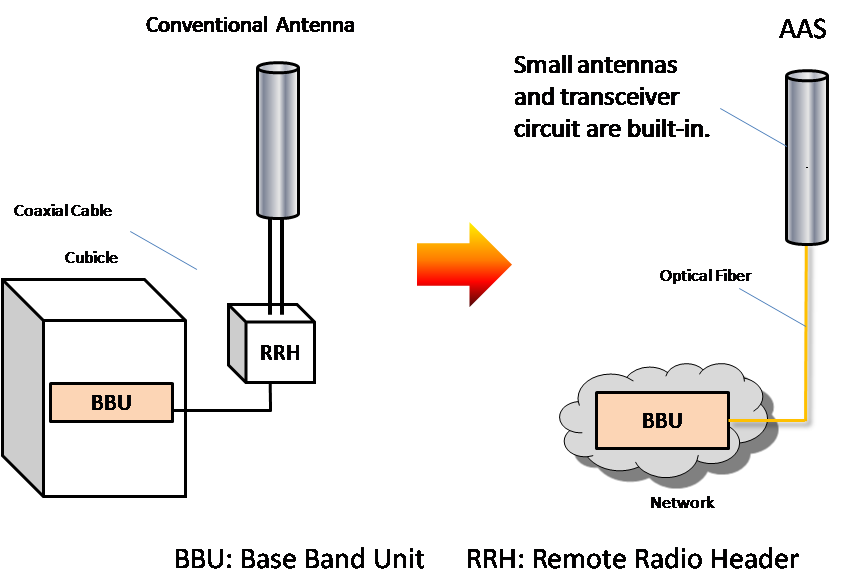 *2: As of July 29th 2014, according to an investigation conducted by KDDI R&D Laboratories Inc.